The Aviation Center of Excellence (ACE) is a 1st Battalion (Arma 3) School operated as part of S7 - Training. Aviation Center of Excellence transforms qualified Cavalry Troopers to become qualified Army Aviators and Aircrew, in both rotary and fixed wing operations. The School conducts basic and advanced level rotary and fixed wing instruction, and evaluation. The School also provides qualified UH-60 and CH-47 Helicopter aircrew, and Forward Air Controllers in support of the Combined Arms Battalion. All instructors of the School are qualified Army Aviators in their respective field.

The Vision of the School is listed as: The Aviation Center of Exellence remains the Functional Center of Excellence (FCoE) for all Army Aviation operations, including air-to-ground operations. The Aviation Center of Excellence will maintain and develop the Army's knowledge of all applicable aircraft and aircraft systems. The School's instructors are senior Aviators in their own right, capable of imparting the precise information required to safely operate Army air assets throughout the spectrum of conflict. The School conducts regular assessments of Army air and aviation capabilities, and provides SA to applicable combat commanders in war and peace. The School also contributes to the lethality of the Combined Arms Brigade through direct support attack air and attack rotary operations, acting as the "Air Cavalry" of the Battalion.

The Arma Aviation Center of Excellence has five distinct sections.

The Aviation Center of Excellence conducts one common course, known as Ground School.

Ground School is a common course that covers all theoretical aspects of aviation prior to a student embarking on practical flight training. The course introduces students to the basic science of aviation, including forces acting on an aircraft, such as lift. Students also learn principles of navigation, communications, and emergency procedures. The course takes 2 hours to complete and is delivered in one day.

15P, 153A, and 155A MOS Soldiers in applying to Ground School are exempt from the following pre-requisite courses: 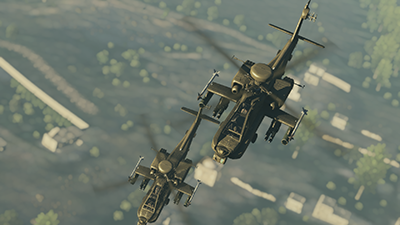 The Basic Rotary Course instructs students the basics of operating Rotary aircraft as UH-60, CH-47, or AH-64 pilots. The Basic course focuses on the theory of rotary operations. Students learn pre-flight and startup procedures. Students also learn how to taxi, stop, take-off, and land. Once in flight students learn maneuvers, formations, and how to handle emergencies. Once students have the theoretical knowledge. The course takes 2 hours and is delivered in one day.

The Advanced Rotary Course instructs students to on the required skills to certify as a qualified Army Rotary Aviator. The course teaches students how to plan and execute flights, including METT-TC factors, and rules and policies about flight plans. Students also learn about sling loads, air assault, aerial reconnaissance, and close air support. Students learn formations, as well as tactics used during close air support and attack rotary operations. The course is theoretical and is delivered in 2 hours. Once students have completed the theoretical portion, they may challenge the Advanced Rotary Exam, to become a qualified Army Aviator.

The Basic Fixed Wing Course teaches students the fundamental knowledge to operate one of the Army's many fixed wing aircraft. This theoretical course teaches students pre-flight and startup procedures, taxi and parking, and take-off. Once students are airborne, they learn maneuvers, formations, and how to approach and land. Students also learn the principles of Survival, Escape, Resistance, and Evasion (SERE). The course is conducted only in theory. The course is 2 hours long and is delivered in one day.

The Advanced Fixed Wing Course is the final step before a Student Aviator can challenge the Advanced Fixed-Wing test to become a qualified Army Fixed-Wing Aviator. Students learn the theory of flight plans, and the policies and procedures of them. They also learn how to pilot Unmanned Aerial Systems (UAS), including Medium Unmanned Aerial Systems (MUAS). Students also focus heavily on air-to-ground combat operations, including the procedures to receive close-air-support (CAS) requests. This course is 2 hours long and is delivered in one day.

The role of the Aircrew Training Section is to train qualified, competent Army Aircrew to support Rotary operations in war.

The Door Gunner Course trains Soldiers to act as Aircrew on the UH-60M or CH-47 Helicopter. Students learn how to safely board and disembark an aircraft. Students also learn the weapon systems of each aircraft, and their operation, including loading and unloading. The students also learn about the role of the Door Gunner, and their responsibilities as part of an aircraft's crew. Students then participate in a live-fire air weapons range to practice engaging different types of targets, static and moving. The course is 2 hours long and is delivered in one day.

The Crew Chief Course trains qualified Door Gunners in the role of a UH-60M or CH-47F Crew Chief. Students learn about loading and unloading cargo, and passengers safely and quickly. They also learn how to assist in aerial navigation, and to communicate with ground elements as part of the Helicopter's crew. Students also conduct an in-game Field Training Exercise where they practice as a Crew Chief. The course takes 2 hours and is delivered in one day.

The role of the Air-to-Ground Training Section is to provide ground elements capable of delivering aerial effects as part of the combined and joint battle.

The Forward Air Controller Course teaches Soldiers to act as a Forward Air Controller, a specialized ground element capable of controlling aerial weapon effects at the tactical level. This intensive course teaches students the capabilities of a variety of Attack Rotary aircraft, including the AH-64D Apache, and AH-6M Mission Enhanced Littlebird (MELB). Students also learn about a variety of attack fixed wing aircraft, such as the A-10C, F-22A, A-10D, and F-15E. Students learn the procedures to deliver a "9 Line" to an aircraft to direct it to a target. Students also learn about airspace deconfliction. Once all theoretical aspects are covered, students execute a live-fire Field Training Exercise to practice their new skills. The course is 3 hours long and is delivered in one day.

Because Aviation requires more practice than can be afforded in one class, completion of the Basic and Advanced class does not qualify a soldier as an Army Aviator. Instead, Students must challenge both the basic and advanced exam in their respective field to become fully qualified. Once a student has completed the Basic and Advanced Exam (Fixed Wing or Rotary), they are only then considered to be a qualified Army Aviator.

The Arma 3 Aviation Center of Excellence awards a number of unique badges and devices.

If a soldier requires a course at a specific time or date, they may submit a request to the Aviation Center of Excellence at the following link:

All new instructors to the school will start as assistant instructors - that is to assist others in the running of their courses and evaluations. To become qualified as a full instructor to run their own courses, the instructor must do the following:

To become qualified as a full instructor to run their own evaluations, the instructor must do the following:​

Instructors already qualified must remain current with the material and assist other instructors as required. They must remain proficient with the tools of administrating a course, namely posting and scheduling classes, posting the graduation work and recommending medals for courses that award any badge or award. Instructors should take the time to develop instructors in training, allowing them to conduct the necessary administration as training as part of the qualification process. Instructors should refer to this document for any future queries.

The ACE Commander must audit classes whenever possible to ensure the School standard is maintained.

Assigning a new Fully Qualified Instructor to a course

The ACE Commander is responsible for evaluating and passing Instructors in Training. Once the Instructor in Training has displayed the ability to lead that course effectively, the Commander will:

The ACE Commander will: