Alpha Company serves as the premier Aviation unit within the 1st Battalion, 7th Cavalry Regiment, a Tactical Realism Unit that strives to provide an environment of professionalism, training, loyalty, pride, commitment, and fun to all its members. We seek individuals who desire to become a member of our team of the highest qualified aviators, crew, and air controllers. It is administratively known as A/1-7, this abbreviation is used in MILPAC and avatars (among other things). It is formed of two (2) platoons, with three (3) sections in 1st platoon and three (3) sections in 2nd platoon. 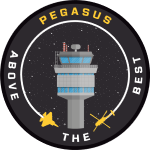 The Company consists of 2 Multi-Role Aviation Platoons, and a Headquarters Section.