The 7th Cavalry Reserve is a separate component of 7th Cavalry Gaming that has only one weekly requirement; to sign a roll-call. The intent behind the creation of this new part of the unit is to allow members who cannot meet the minimum requirement of one section practice weekly to still be members of the unit, albeit with certain restrictions. We do not want to force people to choose between their lives and being a member of the Cav. All rules, regulations, and codes of conduct apply equally to all members of the organization, whether Reserve or not. For example, members may not dual-clan in an FPS unit, whether in the Reserve or not. 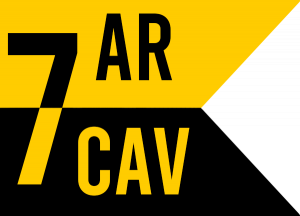 In 2002, the 7th Cavalry was created and organized around FPS style military games. Over the past 17 years the Cav has evolved although we have not always acted in the best interest of this evolution. Only adopting games that fit the Military FPS style due to our background. Over the past several years the number of games that fit our original style are being released less and less. This causes us to rely on older games to attract new recruits and keep current members interest. While we have excellent people working in S3 who come up with new and interesting content for us, people still lose interest and look for other things to play.

We tell everyone that joins that the 7th Cavalry is a Brotherhood. That it is much more than a gaming clan. We have often seen examples of this when the troopers band together to help someone either financially, or emotionally. In the spring of 2019, the Regimental Staff sought to expand the options for continued membership in addition to the duties of our active community. Thus the wheels were set in motion to create a new section of the Cav, the Reserves. This new unit will allow Cav members to come together and play any game they like in an organized way, wearing Cav tags.

The department has had several previous commanders, listed here beginning with the most recent.

The Company consists of a Headquarters Section, and the membership designated as Reservists.